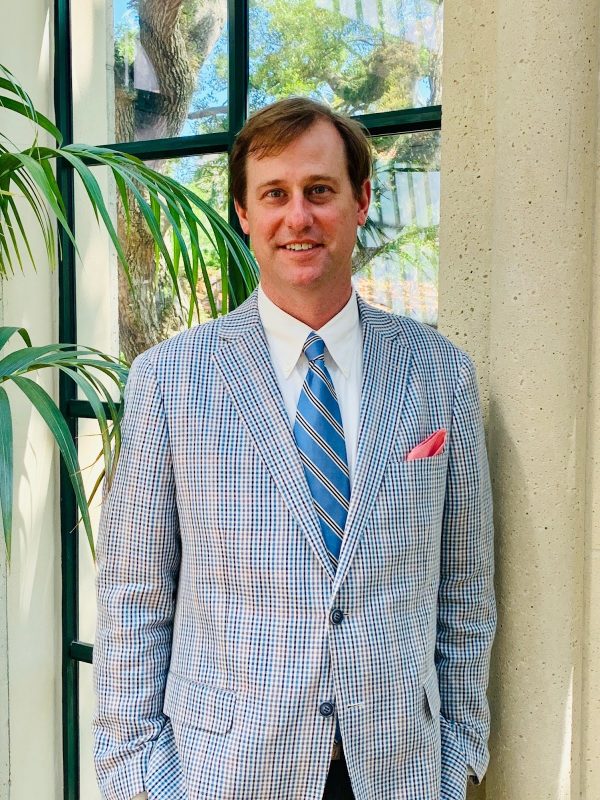 In 2010, Russ Blanton was interested in a career change and a new challenge. Russ and our Principal Rob Miller, had known each other for years through construction projects in which their firms both contributed. Rob had firsthand experience with Russ’ work and was confident he would be an asset to RAM Pavement. Russ was brought on to lead and expand RAM’s sales team, and eleven years later he says it is one of the best decisions he’s ever made!

Russ graduated from Clemson University with a B.S. in Horticulture in the late 1990s and started his career in chemical and commercial agriculture sales. Having transitioned from the agriculture field to the paving field, Russ often jokes that he went from the green side to the dark side! His great sense of humor is a trait appreciated by his teammates.

Over the past decade, Russ’ RAM teammates and customers have described him as dedicated, trustworthy and hard-working. As Sales Manager, his management style can be described as supportive and accessible. Every teammate has clear objectives, and he is always there to support them.

“I’m proud to work for a company that cares for its customers and employees with integrity. One of our fundamental operating principles is that every RAM teammate has a growth mindset. We do that by creating a work environment where everyone is supported in their development. There’s no limit on what can be accomplished here, and we’re constantly raising the bar in everything we do to deliver excellence to our customers.” – Russ

Russ attributes his leadership style to the support he’s always received at RAM. Russ credits much of his own professional growth and success to his relationship with Rob who has given him a lot of freedom to expand into new markets and develop enhanced services. One of Russ’ key strengths is knowing his customers, figuring out their needs, both short and long term, and creating solutions that maximize their investment over time. He approaches his commitment to customers with a fiduciary responsibility to managing their paving assets.

A typical day at work for Russ involves a lot of external engagement with customers, as well as internal communication with teammates who execute the jobs. Everyone at RAM understands the importance of taking care of the customer from start to finish. We really put an emphasis on the last 5%. Russ says, “My job isn’t done until every detail of the customer’s job is complete.”

Outside of RAM, Russ and his wife Stephanie enjoy spending time with their two school-age children. Long time Clemson fans, the Blantons can often be found cheering on their beloved Tigers. Russ is a native South Carolinian, the grandson of a farmer, and an avid outdoorsman who values the conservation of nature. He’s a big proponent of leaving it better for the next generation. Russ feels blessed to have been raised in a family that taught him gratitude and work ethic.

Russ has a deep sense of appreciation for everything and everyone around him. He understands that life is a series of events marked by luck and hard work, and he aims to pay his success forward. He’s proud to be part of a company committed to always doing the right thing. RAM Pavement is here for the long run and we stand behind our work. When you are ready to start your paving project and would like to work with a company that is honest and puts the needs of their clients and employees first, call us at 704.622.1300!