Home   |   News & Events | Honoring One Of Our Heroes On Veterans Day

Honoring One Of Our Heroes On Veterans Day

Honoring One Of Our Heroes On Veterans Day 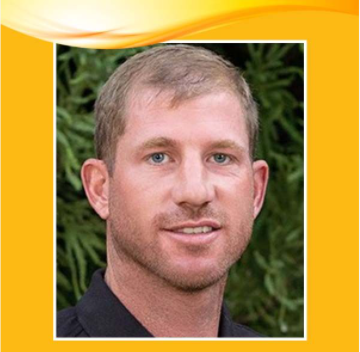 This Veterans Day, we want to honor all who have served in the armed forces. When young men and women serve our country, they protect the freedoms that we enjoy. This is certainly true for Doug Simmons, an Iraq War veteran. He put his life on the line for all of us.

As Doug tells it, he was “a little wild” in high school. He decided he needed to mature and get some structure and discipline in his life. With a family history of military service, he decided to enlist in the Army. It was 2005 and the U.S. was at war in Iraq.

Doug was sent to Fort Benning, GA for basic training. While he was there, he received special training to become a sniper. From Fort Benning, this young man from North Carolina was shipped over to Iraq, where he served in the infantry. He was based in the red zone in southern Baghdad.

Serving as sergeant, his platoon’s mission was to meet and greet the Iraqi citizens in their patrol base.

“We tried to get to know the people there and win hearts and minds. As a sniper, I did what I had to do to make sure that my guys were safe. We tried to avoid firefights as much as possible, but we did have a few. There were a couple of times I got blown up by IEDs.”

Doug received a traumatic brain injury from those Improvised Explosive Devices. He completed his service in 2009 and returned to North Carolina. As he looks back on his military service, he values the time he spent with the soldiers he met in the U.S. and overseas. “We became like family in Iraq. It was a very strong bond that remains to this day,” Doug added. They recently got together for a reunion in Texas.

“People say that freedom is free. It’s definitely not free. Men risked their lives every day over there for it,” he added. The man that Doug is today has been shaped by his military service. “It made me much more mature and disciplined. It helped me get structure in my life and I learned a lot about leadership. You learn how to make a decision and go with it. There was no second-guessing.”

For the past four years, Doug has applied his skills and leadership to RAM Pavement. Here, Doug has many responsibilities: overseeing all the processes, equipment, projects and crews for paving services. We’re proud of Doug and the other veterans on our team for their service to our country, and for making such significant contributions to our company.

This Veterans Day, at Doug’s house, you’ll see a big American flag and his Army flag waving proudly. Thank you for your service, Doug. We’re honored to know you!