A Devoted Father, Grandfather And Visionary

A Devoted Father, Grandfather And Visionary 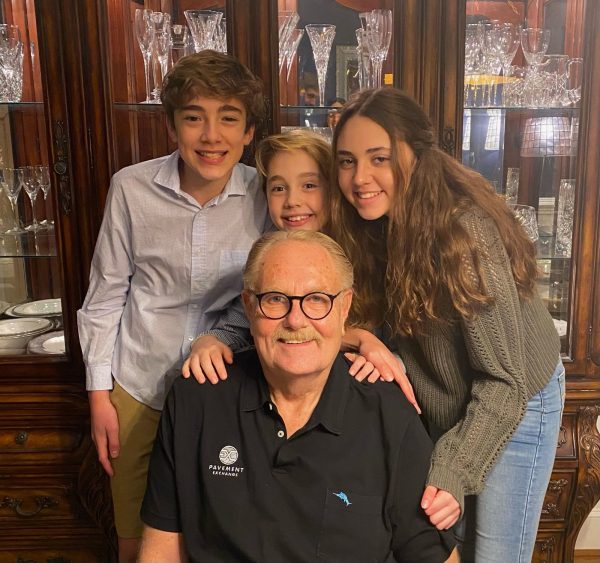 When RAM Pavement CEO, Rob Miller was growing up in Charlotte, NC, his father, Henry, was a commodities broker. Henry was very successful, driven and entrepreneurial in spirit. Young Rob was watching his dad’s example very closely as he worked hard to provide a good life for their family.

In addition to being successful, Henry was a loving father. He and his wife, Kristen Boyd, raised Rob and their three younger children to do well in school, work hard and enjoy sports. The kids were on swim teams, played golf and basketball, which became the family’s passion. When the Charlotte Hornets franchise began in 1989, their favorite activity was attending the games together.

While Rob was in college, his parents divorced. Henry then remarried Mary Miller and together they started a new business?literally filling potholes out of the back of his minivan. Henry was determined to build his own paving company with integrity and create value for his clients. In keeping with his pattern of success, he grew that company into a general contracting business.

When Rob finished college, he was ready to start his career as a software developer. However, Henry convinced Rob to help him in the business for a year. Rob said yes and has never looked back. He fell in love with the business, becoming a general contractor and senior project manager.

In 2001, Henry started a new company, Phoenix Asphalt and Rob joined him as President. After a couple of years, they went on separate paths. Henry went on to set up another new company and Rob launched RAM Pavement in 2004.

When Rob started RAM Pavement, he already understood all aspects of general contracting and the paving business?accounting, management, production and sales. And he learned customer relationships from his dad. “He just had that talent. I watched how he was with clients and subcontractors and have emulated that in my business,” shared Rob.

“So much of what I know, I learned from my father. He set the example of how to operate from integrity, respect, leadership and communication. When you can master all four of these things, you are going to do well in anything you do.”

It’s not a coincidence that Rob has a plaque in his office that reads:

My unique abilities are:

“That’s the way I approach everything. I love to create a vision that I am passionate about and bring others on board to execute it.”

As Rob has grown RAM Pavement into the Carolinas’ #1 paving company, Henry has developed an asphalt brokerage business, selling asphalt and services to large restaurant groups and shopping centers across the U.S. Coming full circle, Henry is a broker once again, but this time he’s moving asphalt, not trains full of corn.

Now, Henry is a devoted grandfather to Rob’s three children, ages 16, 13 and 10. Most weekends, they can be found hanging out together and watching sports. “It’s wonderful that he’s such a big part of our lives. I am very grateful.”- Rob.

Father’s Day is an opportunity to tell dad how much you appreciate him. While we used this platform to share the special relationship with our principal Rob Miller and his father Henry, we encourage you to reach out to and show a little appreciation to the fatherly figure in your life. Whether it’s your father, grandfather, step-father, father-in-law, friend, or mentor, without a doubt, there’s no better day than today, Father’s Day, to honor them. Happy Father’s Day!